"Suddenly, it became clear why there were so many ruins with its treasures left untouched..."

"The remains of ancient ruins drifted around crashing into each other...
...like the fragments of a lost memory striving to be whole again..."

It's been a long time since my last update,... again. I'm starting to believe one of the reasons I don't update this blog more often is that every time I think about it I feel like I have to give some sort of explanation, tell something about... something,...

So,... anyway, I'll just leave you with one of my latest works, and add the initial sketch as a bonus... 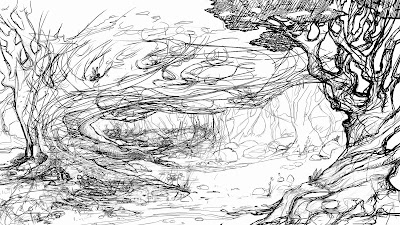 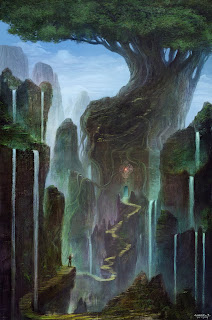 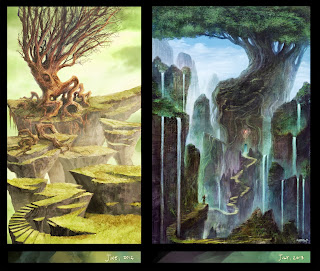 A while ago I had this idea of a family of engineers that lived a nomad life and kind of wander around the skies in a floating house; I started sketching some ideas for the house, until I came up with a concept I felt comfortable with. Later, I try to refine it into a more detailed illustration but after some time working on it I really wasn't happy with the results soeventually left it aside in order to make some other stuff. The idea remained there until a few days ago I was searching through old folders and found it. I decided to make another attempt, except this time I took a different approach, I kept the looseness of the initial concept instead of fighting it, which I believe has helped me achieve a decent result...Anyway, I hope you like it!!!Cheers!!!